There is nothing more special than cakes. Though these may not be daily or weekly sweets, yet when a special occasion like a birthday, a wedding or a festival comes along, no one can ignore the cake. And there are so many varieties of cakes.

Sponge cakes are the most common and most versatile cakes containing yeast and have traditional roots. Though chocolate cake of any kind is a staple for kid’s birthday parties, yet there are also a complete range of spicy, sweet, fruity and creamy cakes to savour. These cakes are common for online cake delivery in Jaipur.

It is a flourless cake, also called as Orange Almond Cake. It has a simple design and is completely delicious. The best cake will thrill your taste buds with tangy but subtle sweet flavour of oranges balanced by crunchy almonds. It is moist and light and simply melts in the mouth. It has an interesting history. It is the creation of Franz Sacher – a 16 year old apprentice chef in the court of Prince Metternich of Austria in 1832. Sacher Torte is a chocolate cake coated with chocolate icing and apricot jam. It is one among the most famous cakes in the world. Also called as Black Forest Gateau, it is the most famous cake of German origin. It is chocolaty and rich. Created in early 1900’s, it shot into global spotlight in the 1950’s. Though there is a real Black Forest in Germany, yet the cake is not named after it. In fact, it is named after the liquor, Schwarzwalder Kirsch or Wasser. This liquor is made of cherries. The cake is most notable for its cherry and alcohol content. Not to forget the deep, rich chocolate. It originated in 1960’s Italy and is a delicious mélange of Mascarpone Cheese, cocoa and most important, coffee. These are swirled via a ladyfinger sponge cake, whisked yolks of eggs, egg whites and lots of sugar. It enjoyed a height of popularity in the 1980’s and 1970’s. It is one of the classic desserts of all time.

They come in a range of styles based on spices used. The best of cakes will include a mix of nutmeg, cinnamon, ginger, cloves, pepper and mace, covered with icing of cream cheese. Different types of spice cakes are particularly popular during holiday time in the US. Maple syrup may be added to the cake for another flavour. Incredibly delicious, light and moist texture makes it more popular than chocolate cakes. Including a vegetable in a cake preparation may sound very odd. But if you taste carrot cake, you are in for a pleasant surprise. Though you don’t like carrots, the taste of carrot cake is distinct as it is not typical in the cake. It is moist, dense and has a sweet, dense, cream cheese frosting which provides a lovely texture and yummy taste. Nutmeg, cinnamon and walnut are combined with carrot and this is a match made in culinary heaven. This cake is a great dinner desert and also a snack. These are some of the top varieties of cakes, which are favourite world-wide. Want to taste them! Don’t think anymore! Take your pick and order right now!

Select Most Suitable Flowers According To Reason While Ordering Them Online How to Celebrate 40th Wedding Anniversary 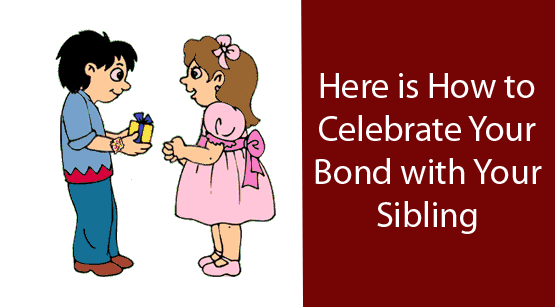 Here is How to Celebrate Your Bond with Your Sibling