Flowers have a charm of their own. They are perfect as gifts for both formal as well as informal occasions. Different flowers have different meanings and different significances as well. While some flowers are considered auspicious for ceremonies a few others are relegated to the far corners of the garden!
If you want to convey a message, then you can easily opt for flower delivery in jaipur. However, did you know that there are some amazing facts associated with some of the most common flowers that we see around us? Sounds interesting? Well, here’s a little trivia about some these beauties in our gardens:

1. Tulips: Did you know that there was a time in Holland when tulips were costlier than gold! A frenzy known as Tulip mania developed sometime during the early years of the 1600s in the western region of Europe surrounding this flower and it was so much in demand that it was sold at sky high prices. This flower has always stood as a symbol of love, long life and even immortality.
2. Angelica: These clusters of white little flowers were considered to be one of the effective medicinal plants in Europe at one point of time. Bubonic plague was a major menace back in those days. These flowers were used to treat this disease. It was also used for treating really simple problems like indigestion! In fact, it was believed by people that angelica flowers could even to ward off evil spirits, spells and even hexes. Talk about a multipurpose flower!
3. Daisies: Daisies are flowers that are believed to symbolize innocence. This is mainly because it has many medicinal properties and are also great when it comes to warding off different kinds of insects. So, if you are wondering what which flowers to send to someone who has just had a child through the online flower delivery jaipur services then you can seriously consider sending a bouquet of these white beauties.
4. Roses: We all know that this flower symbolizes love, but did you know that it is also considered to be a symbol of Virgin Mary? Roses are of various species and the rose hips of some species are very important sources for Vitamin C! It can also be used for brewing tea and making jellies and jams. In fact Chinese medicine, uses this flower in case of various kinds of stomach problems. And you thought rose was just a symbol of love!
5. Lilies: We all love lilies. They are pristine and some of them have a lovely scent like Spider lilies. Of the many varieties of lilies that we see around us today, the most popular one has to be the Madonna lily. It is believed to be around 3000 years old. They are white in appearance and have yellow coloured stamens. It was also used to treat various kinds of diseases as it could survive against various kinds of adverse situations. When it came to treating snake bites, this species of lily was used.
Now that you know some really interesting facts about some of the most common flowers that you see around you, can keep these factors in mind when gifting flowers to someone! 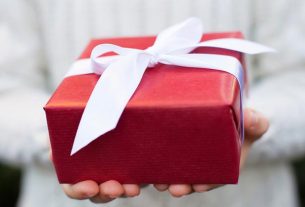 Need To Surprise Your Loved One? Use Online Gift Delivery Service 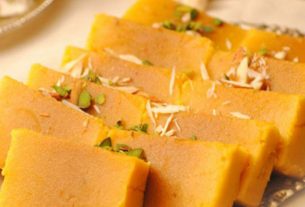 Excellent Gifting Ideas for Him on Valentine’s Day