A birthday party is never complete without a birthday cake. No matter how young or old you are, a birthday cake is one of the most important elements of your special day. In India, the online sites provide online cake delivery in Kota or even smaller towns across the country for affordable prices. But have you ever wondered why are cakes important on birthdays? Why are they such a necessity during a birthday celebration? How did the entire birthday party ritual with the candles, the birthday song and the cake begin?

Quick History About the ‘Birthday Cake’

Apparently, the first birthday cake was prepared around the middle ages in ancient Germany. During this time, the German families celebrated their kid’s birthdays with a preparation of a birthday cake. This entire birthday celebration was called the ‘Kinder fest’. Originally, the birthday cakes made during this time with quite coarse similar to a bread or bread-like product but with passing time, this got sweeter and sweeter. The sweeter version was called ‘Geburtstagorten’. During the 17th century, this preparation progressed, and the birthday cakes were prepared with elaborate and intricate detailing such as different layers of cakes, icing, heavy creams, decorations such as natural flowers, petals etc. Due to the high-prices materials and special ingredients used in this type of a birthday cake preparation, only the wealthy and rich upper-class people could afford these cakes. With the on set of the 18th century, different types of ingredients, baking utensils, baking tools and accessories were manufactured and made accessible to the masses. These materials were cheaper as well which further brought down the prices of cakes significantly. With the low price of cakes, the production increased drastically as the demand for cakes grew each day.

Quick History About the ‘Birthday Candles and Songs’

There are a lot of theories around the origin of the candles on the birthday cake and the birthday songs. One theory states that the entire ritual of placing candles on the birthday originated in Ancient Greece. During these ancient times, the Greeks would prepare circular birthday cakes in honor of Artemis who is the Goddess of the Moon. They believed that placing candles on the cake and lighting them up would represent the beautiful and divine glow of the moon and the smoke from the candles’ fire would carry all the prayers, birthday wishes and deepest emotions to Gods up above who live in the skies.Another theory states that a few scholars have researched and found out that this ritual started in Germany. Germans believed that the lit candles on birthday cakes represented ‘the light of life’.

These days, almost every culture celebrates birthdays with a birthday cake and candles on it. The number of candles represents the age of that particular person whose birthday is being celebrated.In India as well; people order cakes for birthdays or any other celebrations too. You can place an online cake delivery in Kota or any part of India all thanks to ecommerce and fast speed internet across the country. 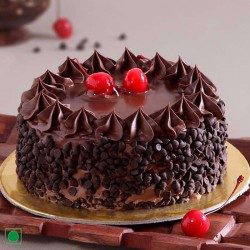 Birthday cakes with name and picture