I suddenly realised how rooted is the notion of pink for girls and blue for boys when my five year old son told reacted to a pink shirt I had got for him saying that it is not a boy’s colour. These norms are all cultural constructs and our children seem to believe in those from such an early age. All the gender roles start taking shape right from the kind of clothing they choose. 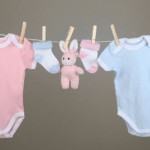 You will be interested to know how it all emerged. The pink and blue is a relatively new concept, set during the twentieth century.  It hardly seems to have any connection with the most favourite colour of either gender. Prior to this there were no pre assigned colours to gender. There are many researches which speak differently about the origin of this notion. Historically it was the other way round, blue for girls and pink for boys. As blue symbolises coolness and delicacy, it went on with boys and pink symbioses power, so it was assigned to girls. It was probably the result of the French dominance in the fashion industry in the twentieth century that made their pink girls pairing opposite blue boys as the normal style. 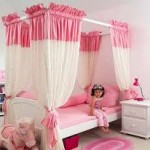 You will find mall shops for toddlers or even for the new-born having separate pink and blue sections. The language of expecting babies also has conveniently replaced the words boy and girl with blue and pink. It has now evolved as more than a fashion into a need to say that you are normal and you go by the norms of the society. The same trend has continued in the twenty first century too. It has just come to mean a matter of common sense that all girls are born with pink and boys with blue as essential colours.

The pairing of kids at an early age in such hard rules of colour signs will initiate a process of accepting gender roles as distinct from each other from the very early stage of life. The colours have left such great impact on the psyche of society in most countries that even the objects other than clothes seem to have a colour preference. It is just a matter of gender normalcy today to lay your hand on the right gender colour. More than you, the person who markets baby products accordingly will be interested in retaining the tradition going. 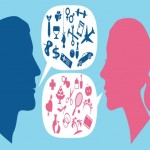 There have been feminists who questioned these colours very often and started propagating something which is not gender specific. That came as wearing blue jeans and so on. However, the trend of the rooted notions was not completely shaken. Children pick these notions quickly from schoolmates and their playmates.

The history of pink and blue is quite complicated as there is no factual evidence as to why pink is more suitable to girls. However, this culture has been very powerful that even after a century we follow the trend. 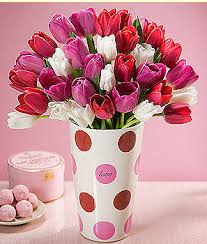 Which type of romantic flower bouquet you should consider on Valentine Day?

Online Flower Delivery: The need of the hour