We would like to say thanks to Seema and Aman for being part of Giftjaipur. Both of them are the executives who belong to different departments and are serving the organization for the past year. They have completed their work anniversary, which the organization has celebrated. Flowers were sent to them before they started for the office. 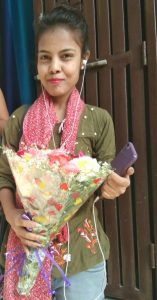 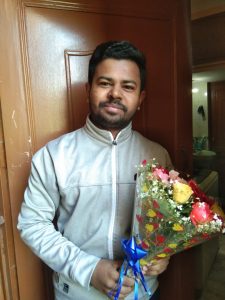 A small event was organized which started with the speech of the CEO. He appreciated their previous work done and also discussed their future plans, which will help in the growth of the organization. Aman and Seema were also given the chance to speak one by one about their experience and the situations they faced while dealing with various types of customers

Both of them also told about the things, which should be improved in the organization. They also praised the environment of the organization and the support from the management and the colleagues. The speech was followed by a cake cutting ceremony in which both of them cut the cake which was labeled with their names along with first work anniversary.

The management of our company gave them a letter of appreciation. Such well-written letters gave them a personal touch as they have helped us to run the company in a better way. Along with the appreciation letter, we also gave them a thank you card for their sincerity and services.

Aman helps the customers to choose cakes and flowers. He informs them about the price of the cake along with discounts if any. He also guides them so that they can fill the form easily and get the gift as per their budget and requirement. He has the talent of dealing with the customers to their maximum satisfaction.

Seema deals with vendors and lets them know about the order. She instructs them about the timings so that the cakes and flowers are prepared on time and delivered to the client without any delay. She contacts the vendors through phone calls and emails and tells the requirement of the client so that the gifts can be prepared accordingly. 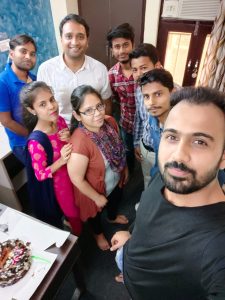 At the end of the event, the whole team congratulated them for completing one year successfully and also gave them best wishes for their future.